Dalits in Nepal amid lockdown 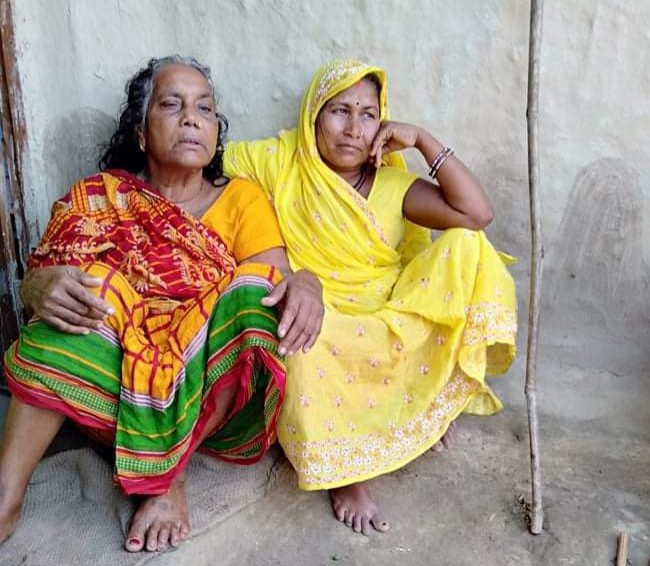 FEDO is documenting cases of domestic violence among Dalits.

The  national lockdown in Nepal has caused an immense downfall in people’s livelihoods. The Dalit community is one of the worst hit, since most of them depend on the wages of daily labour work. They are also discriminated in emergency relief programs. KIOS partner Feminist Dalit Organisation (FEDO) is working on reaching the unreached.

The government of Nepal announced a nationwide lockdown on 24 March 2020. Borders were closed, but many Nepalese working in India found a way home. Most of those who have been tested positive are returnees from India.

Starvation and insecurity among the Dalits

The Dalit community is a historically excluded group and suffers even more from the pandemic. The Dalits, also known as the “untouchables”, are prone to any kind of disaster since half of their population is living under the poverty line. Most of the Dalits are landless and millions rely on daily wages from the informal sectors, ultimately having no income and facing a dreadful crisis amid the lockdown. Now people are not afraid of the virus but of starvation and insecurity.

Malara Sada Khan from Saptari district starved to death due to extreme poverty. Because of the acute poverty of his family, the locals raised donations for his cremation. This is the situation of most of the poor daily worker Dalits in Nepal – and not only Dalits, but of most of the vulnerable and marginalized people amid lockdown.

The local government is distributing relief material, but is not enough to provide for a family even for a week. Dalits are deprived of nutritious food and pregnant women lack nourishment.

Dalit women and marginalized people are also left behind in the distribution of relief materials because they lack a Citizenship Certificate, a migration certificate and a voter card. At the community level, discrimination is occurring during relief support programs. For example, poor and pregnant women in Mahottari Gaushala did not get relief support and in Saptari Dalits were beaten during a relief distribution.

Dalit women lack access to media and means of information (radio, TV and phone) about the COVID-19 outbreak and the relief support package of the government. The Dalit community is not aware and well informed of the preventive measures against the coronavirus. They need more help from the government and civil society.

Due to discriminatory practices, lack of awareness and lack of access to resources and services, Dalit women cannot maintain personal hygiene, which means they are at higher risk of contracting the disease.

The lockdown has led to a rise in domestic violence and rape cases. According to WOREC, a major women’s organization in Nepal, altogether 336 cases of gender-based violence have been reported during lockdown. Caste-based discrimination cases are also rapidly increasing day by day.

Recently, FEDO documented a case where a 13-year-old minor was gang raped in Dhankuta district of Nepal. In Udayapur, Triyuga Municipality-12 (one of the KIOS project working districts), a woman, who has two daughters and is an informal worker, faced violence from her husband due to lockdown. Furthermore, FEDO has registered two rape cases in Siraha, one rape case in Gulmi and another case of caste discrimination to a Dalit in Gulmi. FEDO District chapter representative from Siraha talking with community members regarding the rape of an 11-year-old girl for the case documentation and to take action against the culprit.

These cases are just the tip of an iceberg. They are cases that are noticed and documented and civil society is doing interventions to make sure the victims get justice. Underneath the shelf, there are many more cases that have been suppressed or that do not get the adequate limelight. During lockdown, the police administration offices are also more negligent to register the cases of caste-based discrimination and gender-based violence against Dalit women.

Two other major incidents took place on 23 May, 2020, when a Dalit man was murdered along with five friends in Rukum west district, Province 5 of Nepal, just because he arrived to marry his girlfriend from another caste (so called upper caste). On the same date, the body of a 12-year-old Dalit girl was found hanging from a tree, a day after community leaders in Rupandehi district, Province 5 of Nepal, ordered a 25-year-old man of a different caste, who had raped her, to marry her as his “punishment”. Instead of prisoning the rapist, the community leaders made a decision to let him marry her.

Just because she was a woman and more precisely a Dalit woman, this status had made her to be ruled by others.

There is recorded impunity for rampants attacks on Dalits. Albeit the fact that we have strong laws on caste-based discrimination, human rights violations and violations against women, when it comes to Dalits, justice and equality are either delayed or denied.

FEDO has organizes demonstration rallies in many of its district chapters protesting against the killing of Dalit youths in Rukum West and demanding strong action against the perpetrators of the heinous crime. FEDO distributing relief material in the community of Udayapur and Banke.

FEDO is gratified by the work of social activists and volunteers that have quickly mobilized to help people in need. We work together in close coordination and cooperation with local government, Disaster Risk Reduction actors, health workers, business and civil society to reduce the suffering caused by the current pandemic. FEDO has been implementing the Relief and Response program in partnership with DCA, Karuna Trust and the KIOS Foundation to address the urgent needs of Dalit women and marginalized people at local level. FEDO as an organization is working to be the voice of the voiceless, preparing them to advocate, lobby and take leadership, strengthening and safeguarding their human rights.

KIOS is currently funding FEDO to increase awareness among Dalit women representatives on human rights. FEDO also documents human right violations against Dalit women and helps them to get access to justice.